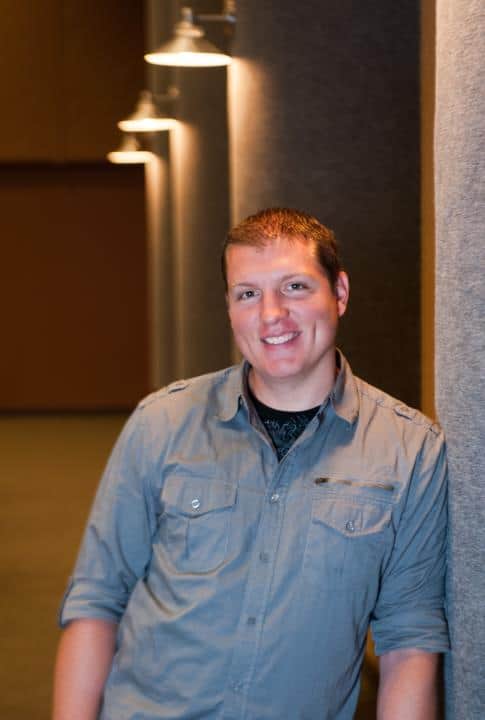 OMAHA, Neb.—With the help of the Missouri Baptist Convention (MBC), Changed Life Church launched Jan. 13 with some 200 people in attendance at Burke High School. They have been averaging more than 100 ever since.

Pastor Craig Liscom said one of the most compelling values at the heart of the church is its focus on the concept of restarting over.

“We believe that when you open the pages of the Bible that some of the people who lived the greatest lives for God at some point needed a restart,” Liscom said. “Abraham lied, David cheated, Moses killed a man, Peter denied even knowing Jesus, Thomas doubted and Paul was a terrorist against the early church.

“We desire to be a safe place for people to come and hit the restart button of forgiveness through Jesus Christ and walk in a new way. I personally know the value of getting a fresh start and believe it is God’s heart for many in Omaha.”

Liscom, his wife, Elizabeth, and their four children moved to Omaha in April 2012 to start the church after being trained by MBC staff.

“Because of the mature believers and strong churches in Missouri, the state will serve as a training and sending center for all of the Midwest region,” Liscom said. “This has been true in the story for Changed Life. As a church planter, my wife and I went through our church planter assessment by the MBC staff and enjoyed forming these new connections.”

He visited Jefferson City several times to complete the training, working with multiple people, including Kurt Simon, an MBC church planting strategist based in Springfield. Simon said he appreciates a number of character traits about Liscom, who was a senior pastor in Montana before moving to Omaha.

Liscom and his staff want to avoid becoming one large church. Instead they want to become one church that meets in multiple locations throughout the state. They plan to do so with a multi-point strategy they hope to have in place by 2025, which includes having three campuses (Omaha, Lincoln, and Grand Island). As God leads, they will also start new churches and help restart existing congregations.

Simon said this approach of spreading a church out in a community is about taking the kingdom to the places that need it.

“In John 20, Jesus says, ‘Just as the Father has sent me, so I send you’ and we cannot forget that that’s our DNA,” Simon said. “If we’re ever going to push back the lostness in our communities and in our country, then that’s the approach we have to take.”

It’s an approach Liscom is accustomed to. He and his wife first got started in ministry in Chicago through New Life Church which had 3,000 people in attendance at 16 campuses across the city. That experience made an impact on him.

“The pastors of these campuses would get together and work as a team in their message prep and in reaching the city,” Liscom said. “Seeing this team approach to ministry was fun and exciting to see the body of Christ really work together for the sake of the mission. We bring this experience and heart now as we serve to reach Omaha with the gospel.”