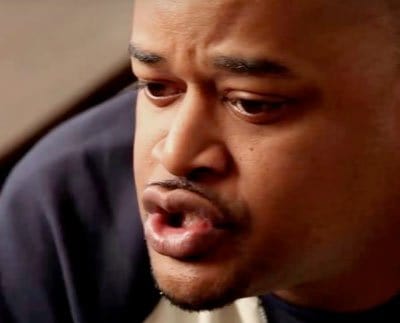 Editor’s note: Kenny Petty spent time in prison before Jesus released him from a life of crime. He’s now on mission in the eighth most dangerous city in North America. The Cooperative Program (CP) helps fund his urban church.

ST. LOUIS – Kenny Petty is a St. Louis original. The pastor-elder of TheGateSTL is a product of the city judged the eighth most dangerous place to live in North America. While today he walks the city’s urban streets sharing the love of Christ, he once walked these same streets in bondage to a violent lifestyle.

That makes him uniquely qualified to minister in his beloved city. Petty grew up in St. Louis. At 15 he dropped out of school and found himself engulfed in the city’s drug and gang culture.

He was spared from two near-fatal shootings as a young teen and sentenced to prison for a violent crime. During his time behind bars, he was visited by a Christ follower, presented with a Bible and encouraged to read Psalm 51 every day.

Petty found himself drawn to a God who freely offered forgiveness of sin. His time of incarceration became the first step on a spiritual journey.

After his release from prison, Petty continued to immerse himself in the Word of God and observe the context of Christianity within the early church. This fed a nagging desire to align with a local church focused on advancing the gospel. He served as a youth pastor in a non-denominational church, and then joined the staff of Rockport Baptist Church in Jefferson County. As he served under the patient guidance and wise counsel of church leaders, he also became aware of Southern Baptists and the mission-evangelism focus that drives a network or more than 40,000 churches called the Southern Baptist Convention.

The desperation of his city and the urgency of gospel were never far from Kenny’s mind. His desire to see the gospel seep into the urban context by way of a culturally relevant and doctrinally sound church soon led him to the Church Planting Team of the Missouri Baptist Convention (MBC). Following a season of mentoring from Ben Hess of the MBC, as well as Darren Casper of St. Louis Metro Association, theGateSTL was birthed on Mother’s Day 2012.

God clearly had called Petty and his young family back to the streets from which he was rescued a decade earlier. In less than a year, TheGateSTL has emerged as an ethnically diverse, gospel-centered congregation, passionately living in community with one another, and faithfully serving their neighbors. “The gospel is the answer for the restoration of our city,” he says. “I pray we never grow stale in our worship of Jesus and the mission of God.”

TheGateSTL currently meets on Sunday afternoons in shared space with a sister church in the city. Discipleship occurs throughout the week in off-campus spaces. They continue to receive strong support through the coaching and encouragement of the St. Louis Metro Association and the Missouri Baptist Convention.

Through the faithful giving of Missouri Baptists through the Cooperative Program, a monthly stipend is available to supplement the finances of the young congregation and provide leadership training and accountability.

“It is an overwhelming reality that the Cooperative Program enables every Missouri Baptist church – even the smallest church in the most rural area of the state – to touch the heart of St. Louis,” marvels Petty. “I am a life that was rescued. Now I am part of the rescue process.”