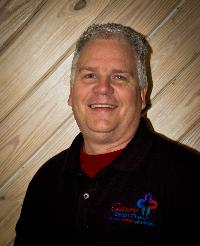 “I’ve been Southern Baptist all my life,” said Jeff Anderson, Calvary pastor. “I think we too quickly measure success by buildings, budgets and baptisms. When you measure by the number of people dunked, you have the reality of false conversions.”

Attendance hovered at the 400 mark in 2004 and 2005, and fell to under 300 by 2010. Attendance now is 325-350.
As attendance dropped, Anderson, as pastors are prone to do, asked why. He was “in the valley of despair of my poor pastoring. I struggled with can you be a faithful and gospel-centered church and not see a lot of numerical growth. I came to realize you can.”

His soul-searching led to changes in the church structure.

“We installed five lay elders who co-pastor with me on the journey,” Anderson said. The elders are “visionary.” The church also has deacons.

Invitations are still given at Calvary services, but people don’t often pray the sinner’s prayer, or join the church. Those coming forward are presented as member candidates. They must complete a 12-week course – six weeks each to review biblical salvation, and to review membership responsibilities. Candidates then are brought to a members (business) meeting before being presented to the full church for approval.

Before new members are baptized, they must read their testimony from the baptistry. Anderson said some testimonies take more than four minutes.

Elders help restore wayward members, but Anderson said if they don’t attend after a year or two of restoration efforts, they are dropped off member rolls.

“We’ve written off almost half of the membership roll,” he said. “We have a responsibility to be the body of Christ. If you are a member here, you have to be here. We do a lot of things different, but we feel we’re being more faithful to the Bible.”

The church has “resurrected submitting – who has the authority in a church. We’re elder-led, not an elder board.” Issues still go to the congregation.

Anderson was inspired by a book listing three measures of success – worship, which includes “praying, preaching and singing the Bible;” discipleship/fellowship; and evangelistic missions.

He said the church’s operational changes aren’t an excuse to be lazy in evangelism or missions, but they now depend on God’s measure of success and not man-made measurements.

“We still preach the gospel,” he said. “We are heavily involved in missions and evangelism. God is the God of the harvest. He has called us to be faithful.”

Some new church programs are free biblical counseling, which has led some to Christ, and creating an environment to encourage adoption and foster care parenting.

He is concerned in the end times, churches will be more swayed by political correctness, liberal doctrines, and readily accept “the red harlot false church.”