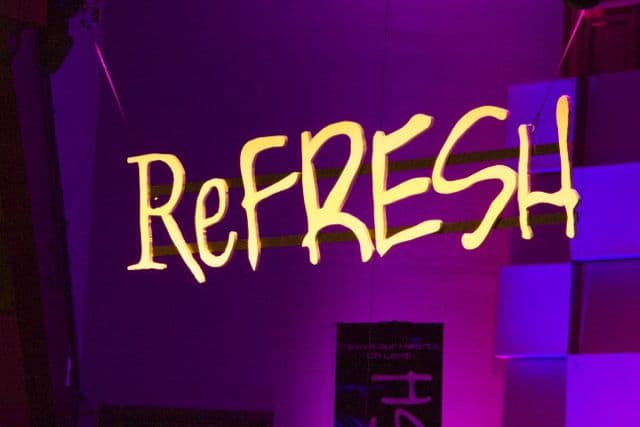 BRANSON – Missouri Baptists met Feb. 28-March 1 for ReFRESH, a time for God’s people to come apart from the distractions and chaos of life to seek the face of God during the state evangelism/discipleship conference.
Bill Elliff, directional pastor, The Summit Church, North Little Rock, Ark., said the purpose of the gathering here at First Baptist Church was to encounter God much like Moses did in the burning bush. Though it seemed like his life was wasting away, Moses still had his encounter. He was chosen.

“God is waiting for you, even in the wilderness,” Elliff said.

Ronnie Floyd, pastor, Cross Church, northwest Arkansas, followed Elliff to the platform and taught on kingdom power. Acts 2 describes this. The church, which is a kingdom entity, exists to make disciples. Its address is secondary.

“Your church is not a place, but a movement,” Floyd said, lamenting the lack of urgency in the American church.

Daniel Simmons, pastor, Mt. Zion Baptist Church, Albany, Ga., was given two messages March 1 where he attacked the problem of pastors who function in isolation due to things like ego, fear, plasticity, and naivety.

Simmons told the story of Nathan, where he corrected the sin of King David in 2 Samuel 12. Every pastor needs a Nathan because all of us have sinned.

“Is there a person in your life, a Nathan, who can come to you and confront you?” Simmons said. He then gave an example of some Nathans in Albany who identified some anger in his preaching. He apologized to the congregation, and it was well received.

In the evening he said that every pastor needs a Barnabas. Encouragement matters. Pastors obtain strength this way. Barnabas loved the Apostle Paul.

“You need a Barnabas who will fight for you,” Simmons said.

Mark Bearden, a former 20-year revivalist with Life Action Ministries, Buchanan, Mich., drove home several points about the sin of prayerlessness. He then encouraged attendees to confess this sin and also to expect God to move again in their churches.

“The greatest motivation for prayer is answered prayer,” he said.

Michael Catt, founder of ReFRESH and 23-year pastor of Sherwood Baptist Church, Albany, Ga., asked participants to write down one thing in their lives that is grieving the Holy Spirit and then to come and lay it at the altar. The pieces of paper were then removed after lunch March 1.

“Father, I ask You in the name of Jesus and by the power of Your Holy Spirit that everything that’s been laid at this altar will be dealt with, that there will be deliverance and freedom of the Holy Spirit, that there will be confession of sin, that the shackles will be removed and the chains will be broken,” Catt prayed.
ReFRESH will return to Branson next February. It will be separate from the 2014 state evangelism/discipleship conference, which will be held Jan. 27-28.

“We want to build upon what ReFRESH has started this year,” said Mark Snowden, MBC evangelism/discipleship strategist.