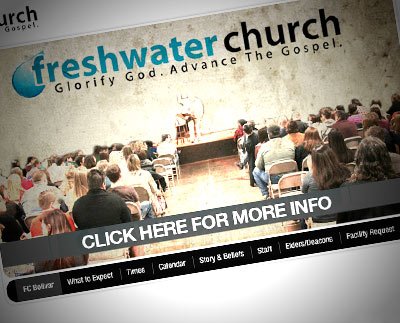 SPRINGFIELD – Multiplication is the goal for Freshwater Church, Bolivar, and the answer is church planting. In the three years since Second Baptist Church of Springfield planted the Bolivar church, they have planted nine churches with two more in progress.

“God is blessing Freshwater,” JT Patton, planting pastor of Freshwater Springfield, said. “The Bolivar church looks different than a traditional church. It is a contemporary, gospel-driven church with a mission mind frame.”

Within six months of forming in Bolivar, the church had 500 people attending. Now, approximately 700-850 attend.

“That type of growth just doesn’t happen,” Patton said. “It is a testimony to God and His faithfulness.”

According to Patton, Freshwater, Bolivar has planted seven churches in Southeast Asia through a local church planter and two in West Africa. The two churches in progress include one in Jefferson City and the one Patton is working with in Springfield.

“The church in Jeff City has about 35 meeting in the core group,” Patton said, “and they are looking for a pastor. They are ready to roll. They are meeting free of charge in a Lutheran school. It is amazing what God is doing.”

“We were praying for a place to meet,” Patton said. “We had three life groups (now four) with a total of 35 people and 20 children, so meeting in homes was not cutting it.”

Pat Findley, pastor of Hamlin Memorial Baptist, heard about the need at the Plant the Ozarks meeting and offered his church.

“When Pat heard that we needed a place to meet in Northwest Springfield,” Patton said, “he offered his church to meet as a group on the third Thursday of the month.”

Findley was not the only one at Hamlin excited about helping the new church plant.

“One of the adult senior departments provided desserts for our first meeting,” Patton said, “and the Hamlin student pastor helped our worship leader with music. God can and will do the impossible.”

Patton believes this is a wonderful example of church partnership.

“This is how the church is supposed to operate,” he said. “We are joining in a partnership to reach people for the gospel.”

Patton said that members of Second Baptist Church are excited about the church plants.

“They are excited about the growth of the Bolivar church,” he said, “and the church plants. They consider our Springfield church a granddaughter.”

Patton sees the direct answer to prayer a divine mission for the church.

“God provided the space and the people,” he said. “So, I’m not concerned about any of our other needs. God wants to reach people and He wants us to be available. We will plan, research and do the work that needs to be done, but we will depend on Him for His provision.”