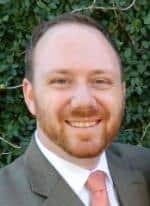 CARTHAGE — The hope of Cornerstone Baptist Church as it gets off the ground here in its first months downtown is that something strong is being built.

“I saw a statement once that a dandelion grows a lot quicker than an oak tree,” said Jim Ziler, one of three elders in the church whose sending church is South Creek, Springfield. “Hopefully we’re not a dandelion but an oak tree. I think we’ve been able to glorify Him through what we’ve done. We’ve been able to be obedient to what He’s given us, and that’s what counts.”

Cornerstone joined both the Missouri Baptist Convention and the Spring River Baptist Association in October. It started in September and it currently runs 12-15. The other two elders in the new flock are Clint Andrews, a gun shop owner in Carthage, and Ryan Joki, a 2012 graduate of The Master’s Seminary, Sun Valley, Calif., with a Master of Divinity degree. Joki is the teaching pastor.

“What we are trying to establish in the people who come here is the worship of God,” Joki said. “(It is) not necessarily in a feeling, or something like that, but that they would actually exalt Him with their lives. So we teach the Word, believing that the Holy Spirit sanctifies and transforms and causes them to worship God through the Word, but then through that it also instructs them about how they can go out and worship Him in their life.”

Ziler brings a missionary’s heart to the equation, having been appointed by the Foreign Mission Board for service in both Brazil and Haiti. He spoke of one “oak tree” experience in Brazil that is encouraging him in his current endeavor.

“I had a young man who was one of my employees at a school we were working with,” Ziler said. “He was just a farmer, but he had a little Bible study in his home, so I started working with him. That is a church today.”

Justin Nelson planted South Creek in 2003 with Jeff White. Both pastors have seen it grow on Sunday to 150-170. Nelson said the planning going on at Cornerstone right now is extremely important.

“The infancy of this church is really critical,” Nelson said. “That’s where you’re establishing a foundation that’s going to affect the church for 50, 100 years if it’s around. When Jeff and I started South Creek, that’s what we were thinking about. Even today we still look at South Creek and wonder what it’s going to be like in 50, 100 years.”

Joki said an example of the kind of visitor that the church has been having is an unchurched couple where the wife has been coming most every week and devouring the spiritual content of the messages. Joki’s wife, Emily, has been giving this woman an assignment to read three chapters of the Bible a day. She actually has been reading six chapters a day.

“We haven’t had a ton of visitors, but so far those who have come are staying,” Ryan Joki said.

Cornerstone, a Reformed church, is set up to present a high view of God and a low view of man.

One of the pillars that Ziler, Andrews, and Joki hope to have in place in the church for the future is an emphasis on nouthetic counseling. South Creek has helped add to the visibility of this approach in Missouri as it brings an aggressive application of the Bible to problems that church members may be facing.

“Membership is just not your name on a card,” Nelson said. “It’s going to be an accountability issue.”