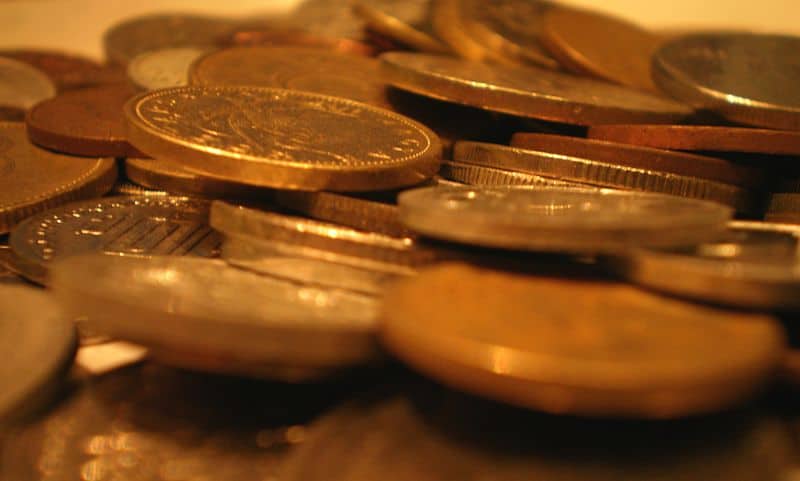 Recently I carefully took one of my most prized possessions from its special storage place. I handled it very carefully, with all of the attention and respect that it deserves. My mind was flooded with memories of how I got it and what it has meant to me for so many years. More importantly, my mind and heart were challenged by the message that this treasure carries. No, it is not some beautiful plaque, a precious jewel, or some great work of art. In fact, if this treasure was seen by anyone else it might just pass for worthless junk – outdated and unused.

My prized possession is a one-pint glass canning jar complete with a metal lid and a screw-on metal rim. Inside of the jar are two time-stained pennies. This treasure is not really an imposing site, but it holds a pivotal position in my life.

When I was a boy my mother and dad were convinced that hard work built character. I was not sure of that at the time, but in retrospect I think they were right. As soon as the children in the house were old enough to go to the fields, we did so. Once I got old enough to earn a salary, I was paid daily just like all of the other field workers. For a 12-hour day we received a small envelope with four neatly folded one-dollar bills. This was a tidy sum for a field worker at the time.

Each day I would proceed from the field to the house to get the dirt off and get to my place at the supper table. “Not so fast” my mother would say as I came through the back door. There she would be every day, standing just inside of the back door. In her hand was a one-pint canning jar with the lid off and the open top poised for the daily offering. Mother was not one to wait until the last day of the week to do the accounting. For this simple farm girl the wage earned for the day represented God’s blessing to us, and our daily tithe was our gift to Him. Therefore, before I entered the house one of the dollars was promptly changed for a net of 60 cents. The remaining 40 cents went into what was affectionately known as “Mama’s Tithe Jar.” No excuses. No delays. God had already blessed, and we responded immediately through the worship of giving back to Him. On Sunday, Mama and the Tithe Jar went to the New Ochlocknee Baptist Church where she would ceremoniously pour the contents of the jar into the collection plate.

Looking back, the back door of a farmhouse seems like a somewhat unlikely place for a life-changing worship experience. But I think that I learned more about God’s provision and our stewardship there than in any subsequent program, campaign, or series of services. Just a simple lady who did not have a high school education, she was my greatest teacher and mentor. Not only were we to place the tithe from our salary into the jar—but, she also tithed there from the eggs that she sold and the sewing income that she made. She led by principle and practice.

While I was serving as executive director-treasurer of the West Virginia Convention of Southern Baptists, I wrote an article in our state paper about “Mama’s Tithe Jar.” A few days later I received a telephone call from my very concerned mother. The voice on the other end of the line was almost apologetic and carried a real sense of urgency. “Son, I’m afraid I was not as faithful as you said in your paper,” was her initial statement. After I asked what she meant, Mama told me after reading the article she had gone to the barn and found the Tithe Jar. Much to her surprise she found two pennies still in the jar. She apologized for having neglected her responsibility for taking them to the church. She had simply forgotten, and they had sat in the jar in the barn for the intervening years. I assured Mama she did not need my forgiveness and that I was convinced our Lord understood as well.

Before Mama could hang up the telephone I asked her if she would give me the Tithe Jar with the two pennies inside. She assured me she would save it for my next visit. Later that year I picked up the jar on a visit to my home.

Mama has gone on home to be with our Lord now. No longer the simple, young lady with the jar at the back door, she died as a simple old lady with her well-worn Bible, her Sunday School quarterly, and her checkbook beside her bed. Those things represented her life. Reading God’s word, studying for her Sunday School class and writing her check to support our Lord’s work through her church encapsulated the faith of my mother.

As I consider all of the millions of dollars that are needed for mission work, Christian education, and the other worthwhile endeavors of Southern Baptists, I almost stagger at the enormity of the task. Seeking to raise funding for The Baptist College of Florida, I sometimes get tired and in doing so lose some focus on our abundant blessings. When this happens and I need a renewal of my perspective, I get out my prized possession. And as I sit and handle that simple little glass jar and hear the tinkling of those two time-stained pennies, I am reminded of the army of faithful servants of our Lord who—like my mother did so faithfully—are praying, working, and giving so that His work might be done among us. My faith is thus renewed, and I shake off the concerns and get back to work.

“Mama’s Tithe Jar” was not a catchy slogan for a slick campaign. It was just one simple woman’s testimony that forever embedded itself into the heart, mind and soul of this grateful son. Come and see me sometime, and I will show you my prized possession.